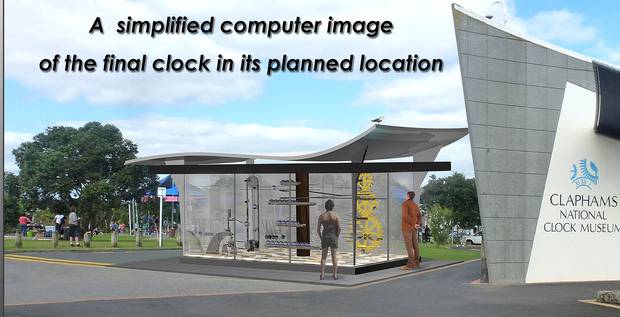 Every millisecond has been accounted for in an eight-year project worked on by seven time-smart Whangarei men. The result is a perfected, full-scale model of the About Time ball clock sculpture, a feat of engineering which will be replicated in permanent format Whangarei's Town Basin. "It's got to be really top-notch construction," About Time committee member Peter Romer said.

The seven volunteers, with a mix of engineering and design backgrounds, have been quietly tinkering away on their ”citizen science” project at a warehouse space on Reyburn House Lane. Now they are inviting the public in to see the model which took eight years to plan and build.

It has four main rails: one labelled with seconds, two with minutes and one with hours. Thirty-five 115mm diameter balls speed around the large structure, which is 6 metres long, 4m wide and 2.5m tall.

The top rail receives a ball from a ratcheted electronic motor every 15 seconds, dumping it onto the rail below every minute, while the other balls disperse. Every 10 minutes, one of the ”minute” balls drops onto the 10-minute rail below, while every hour, one of those balls becomes an hour marker.

Confused? Imagine trying to build it, complete with a washing machine motor and series of cogs that must deliver balls at precisely the right moment so the clock will continue to run on time.

The clock also includes a section designed to teach people the basics of physics, including a small lifting version of Te Matau A Pohe Bridge and a pedalling metal man who needs a name, Mr Romer said. Article from NORTHERN ADVOCATE 9 Jan 2017 11:30 am

Help Fundraise for the permanent full scale model of the About Time ball clock sculpture:

These highly talented engineers and designers have been working on the About Time – Rolling Ball Clock project for more than ten years now. These men are local heroes who have contributed their own money, thousands of hours and extraordinary expertise to bring this engineering masterpiece to our city. There is nothing else like it in the world! The government has contributed $750,000 but before they can uplift this funding About Time need to raise $150,000.

The Northland Community Foundation are About Time’s charitable arm. You can contribute in the following ways:

Any donations are highly appreciated. However, if you would like your contribution to be recognised on the clock itself when it is showcased at the Whangarei Town Basin, you may choose from the following options:

Pavers – These are triangle shaped pavers that will surround the ground below the clock.

Advertising Panel – Sand blasted glass panel, lit from underneath which will surround the clock itself around the bottom area. This has a minimum advertising time of 10 years.

Be in first – panels are selling fast!

We would like to acknowledge the following business/companies who are involved in the project and have already demonstrated their commitment. 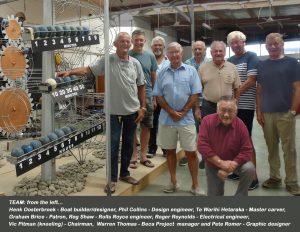 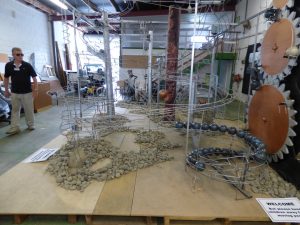 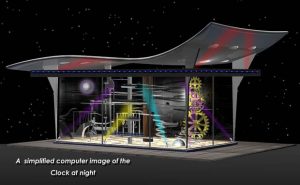 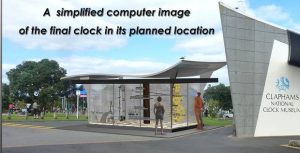