The Countdown Kids Hospital Appeal has wrapped up for 2017 with the handover of $112,158 to Northland District Health Board Child Health Services.

Over 7500 children and babies are admitted to one of the four Northland hospitals each year. Funds donated by the Appeal to Northland DHB help Maternal and Child Health Services afford items on a ‘wish list.’ 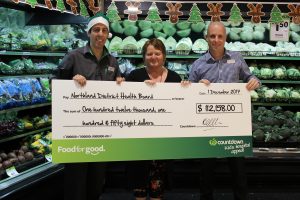 Some of the equipment donations to the appeal have paid for in the past include ECG machines, BiliSoft blankets, neonatal respiration monitors, PARI Sprint nebulisers, ultrasound machines, Giraffe heat tables, an OmniBed, incubator cots, trolleys and i-STAT Alinity blood sampling machines.

Child Health Services service manager Yvonne Hunter announced similar equipment on a wish list running to three pages will be purchased again in the coming year, thanks to a particularly strong appeal which has raised $16,104 more than the 2016 appeal.

In handing over the cheque, Chris noted the money raised comes from a combination of efforts big and small. Some of the most significant contributions have included the October 28 charity auction, which raised over $10,000, right down to the little things at both Northland hospitals and Countdown stores, such as bake sales and raffles.

Chris said some stores in particular went all-out to collect donations, in particular Countdown supermarkets in Kerikeri, Dargaville and Whangarei – but there was even the tiny Countdown in Paihia where staff stood outside all day selling raffle tickets.

Chris said the money raised just in Northland in the 11 years the appeal has been running was $677,043 at last count. Nationwide, the appeal has raised $11.6m since 2007. The amount raised in total nationwide this year was $1.267m.

In his presentation speech, Chris also acknowledged the faces of the campaign in the Northland appeal.

They were Whangarei baby Taonga Peita and his mum Miranda Shackell. Taonga spent two and a half weeks in Whangarei Hospital’s Specialist Care Baby Unit after he was born prematurely on May 16 this year.

He continues to rely upon oxygen 24/7, has Down Syndrome as well as transient myeloproliferative disorder, which can sometimes lead to acute myeloid leukaemia. Taonga also has a small hole in his heart. 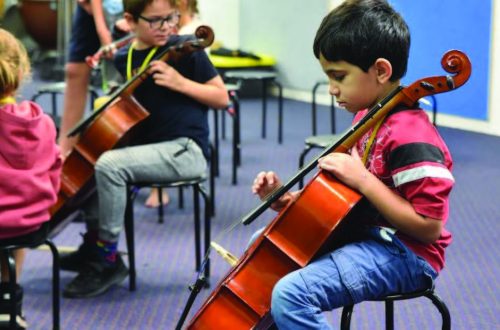 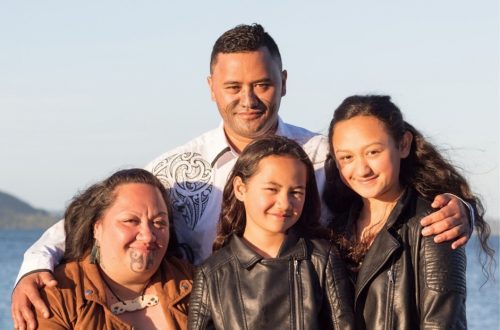 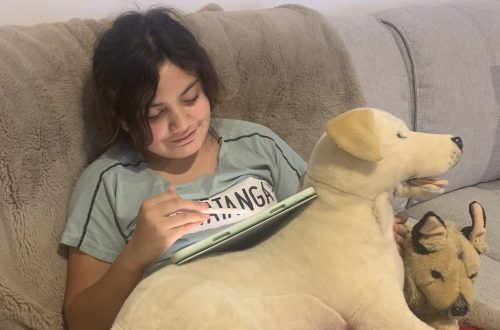